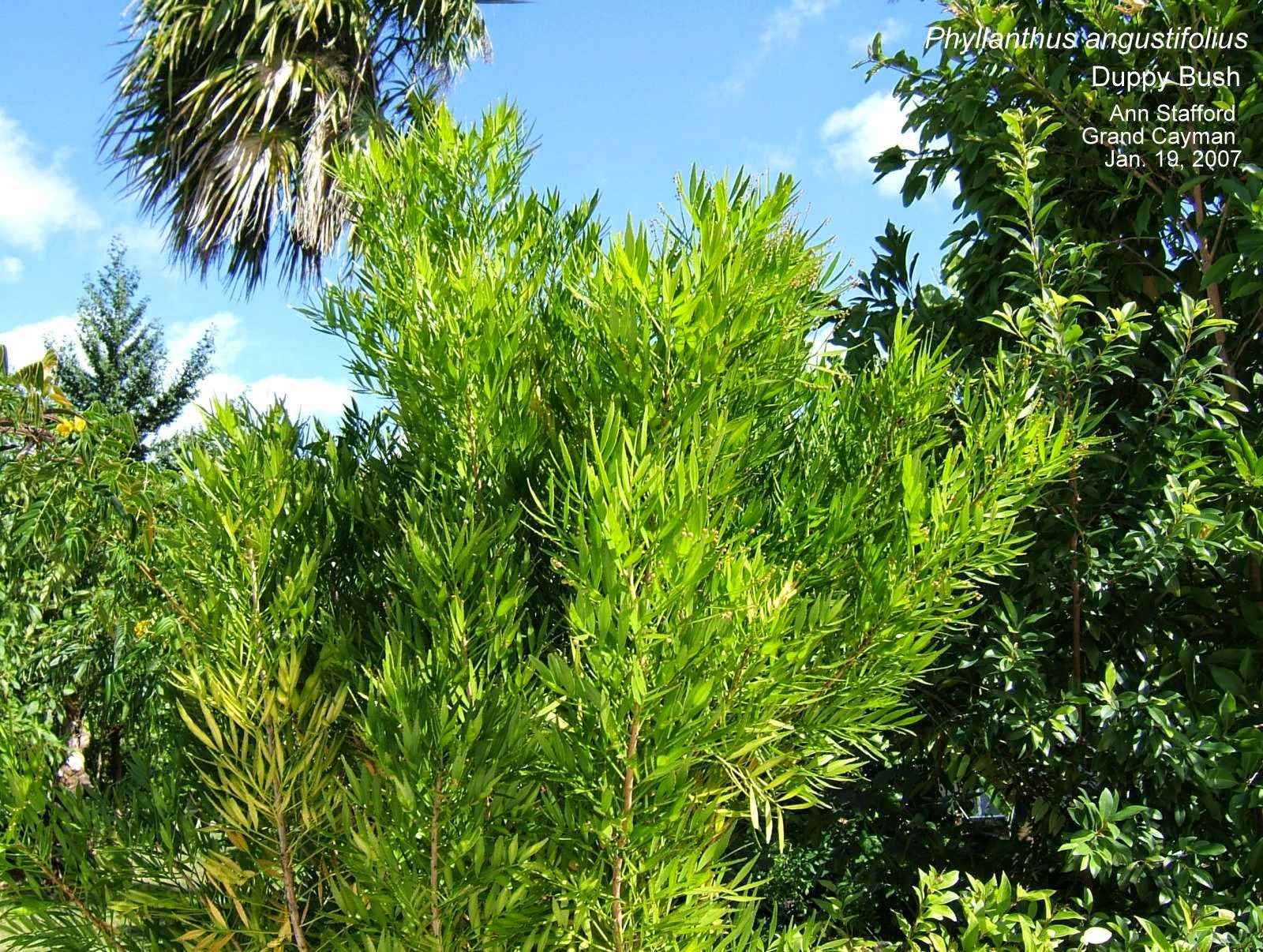 Duppy Bush grows very easily in different habitats, seeds itself and is a good landscaping plant - as a hedge or stand-alone shrub. 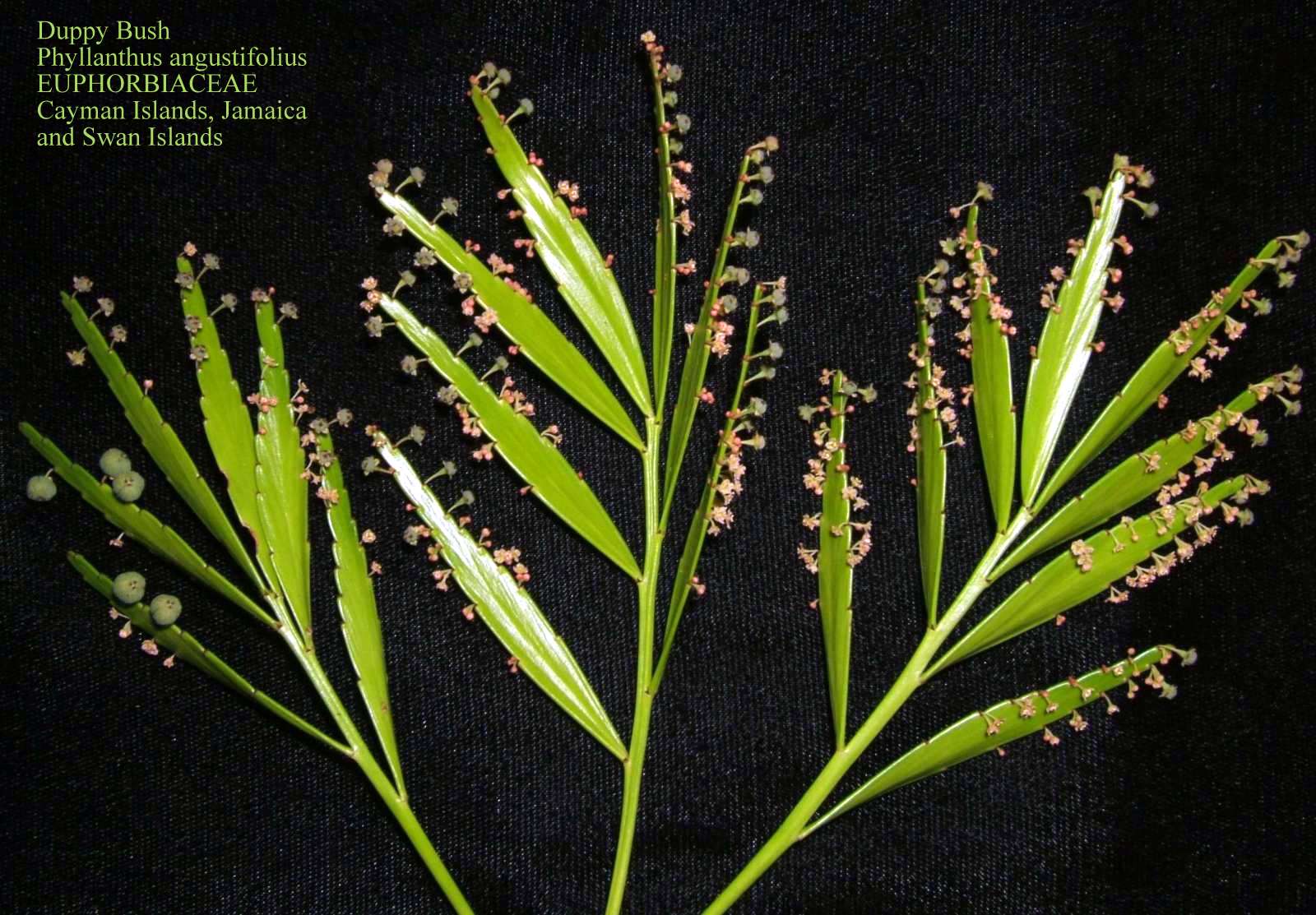 Shrub, monoecious (separate staminate and pistillate flowers on the same plant), leaves absent except on seedlings or when the plant starts to grow after being cut back to the ground. Flowers are in small staminate or bisexual clusters at notches of the PHYLLOCADES - green flattened stems, ALTERNATE, that resemble leaves.
Flora of the Cayman Islands, Proctor 2012 p.444, Fig.159, Plates 37 & 38. 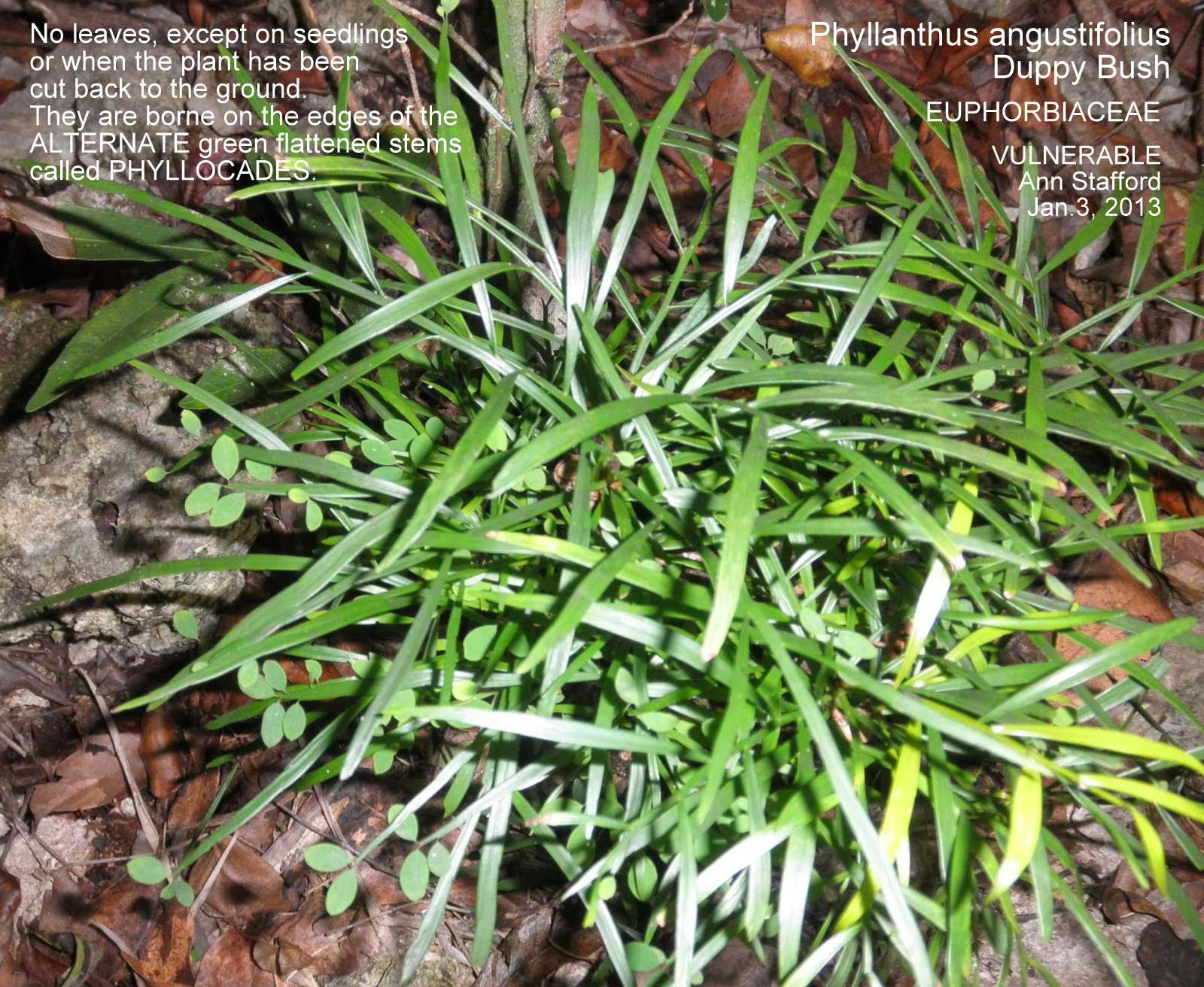 This plant had been cut back to the ground and has little, rounded leaves 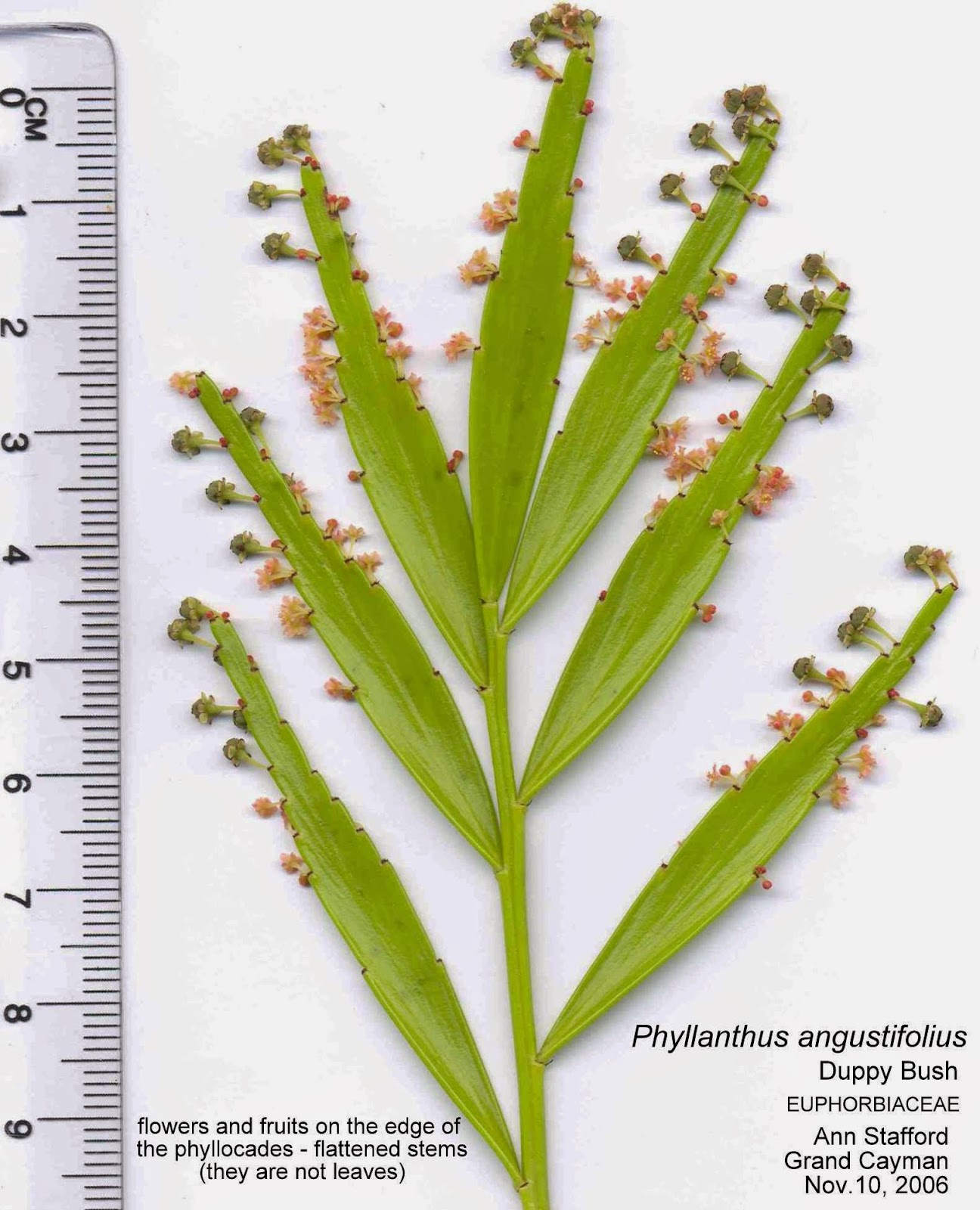 Duppy Bush flowers and fruits on the edge of the flattened stems (phyllocades). 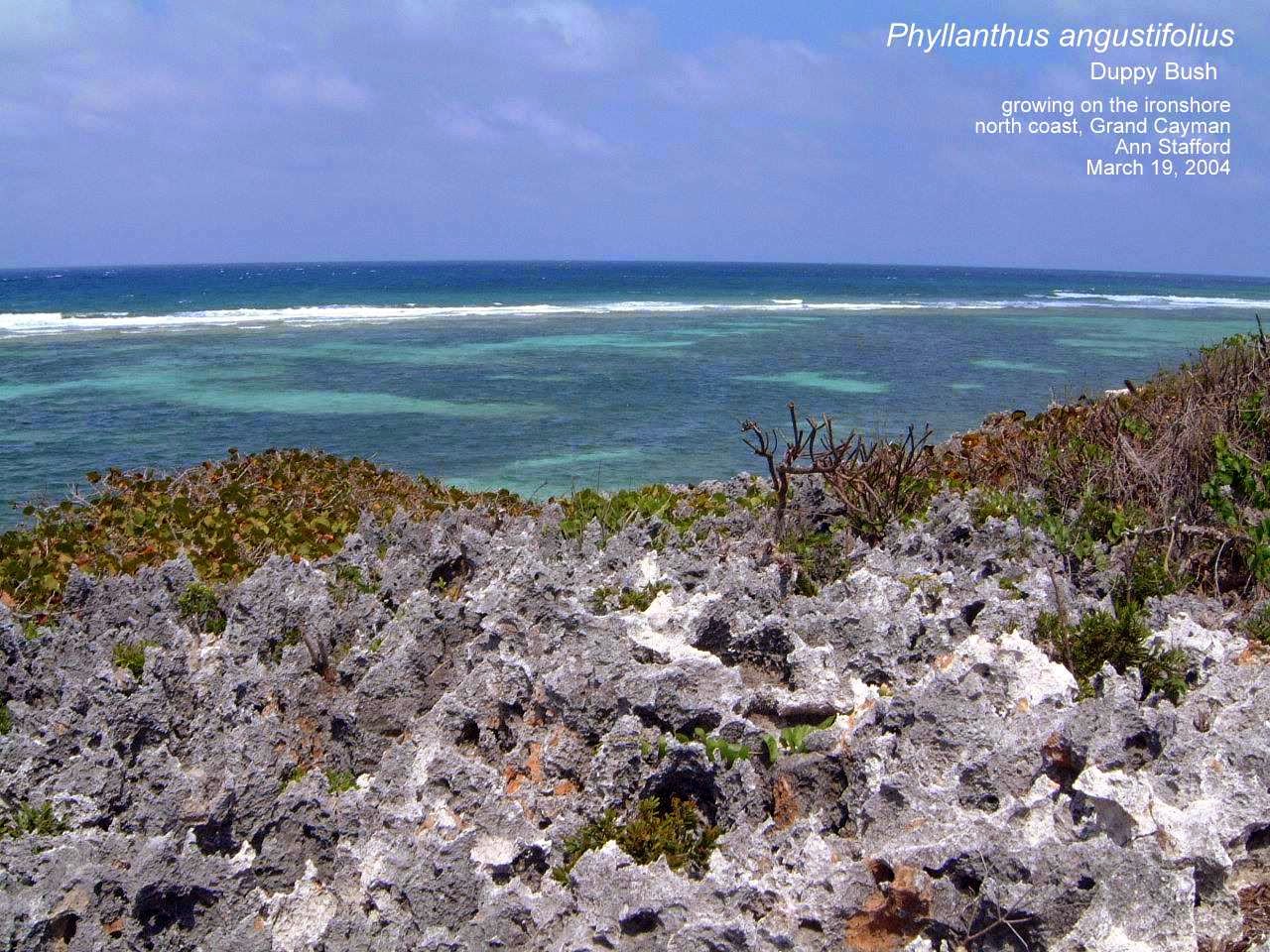 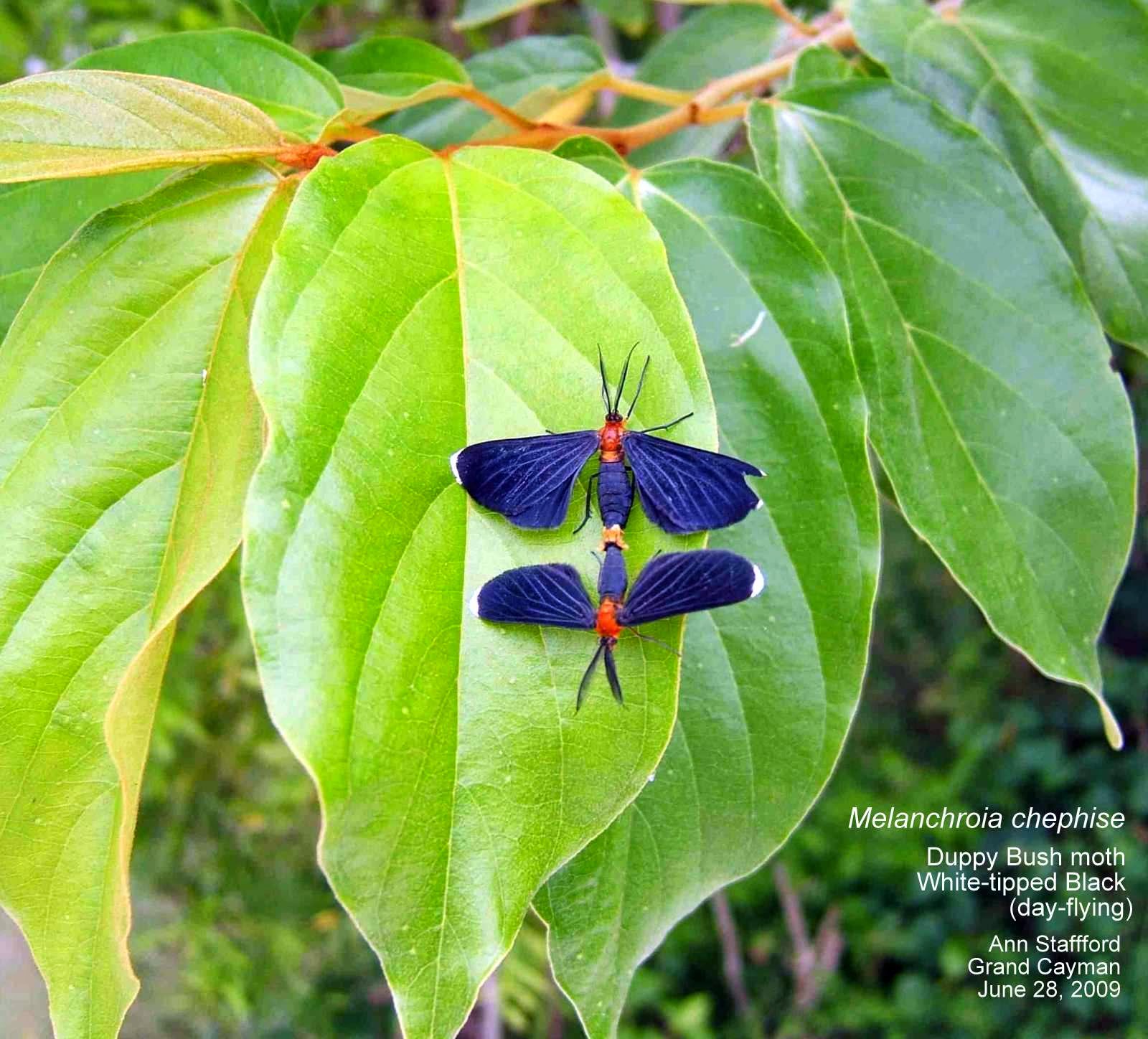 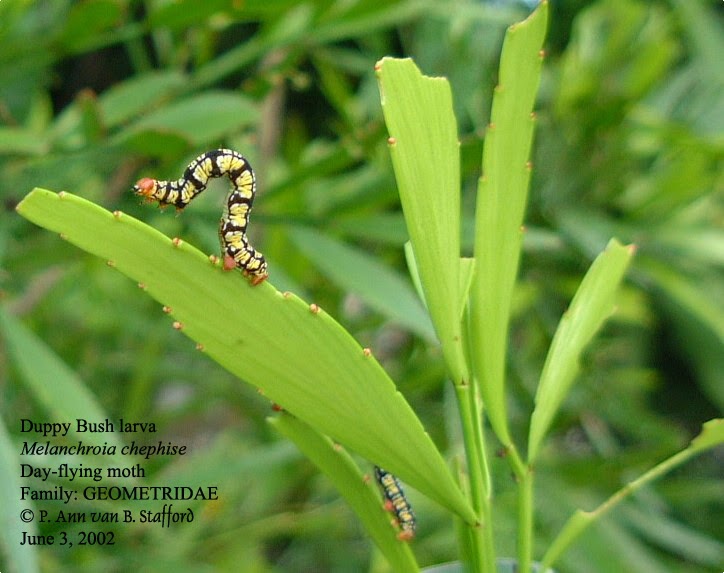 The Duppy Bush day-flying moth caterpillar is a looper. 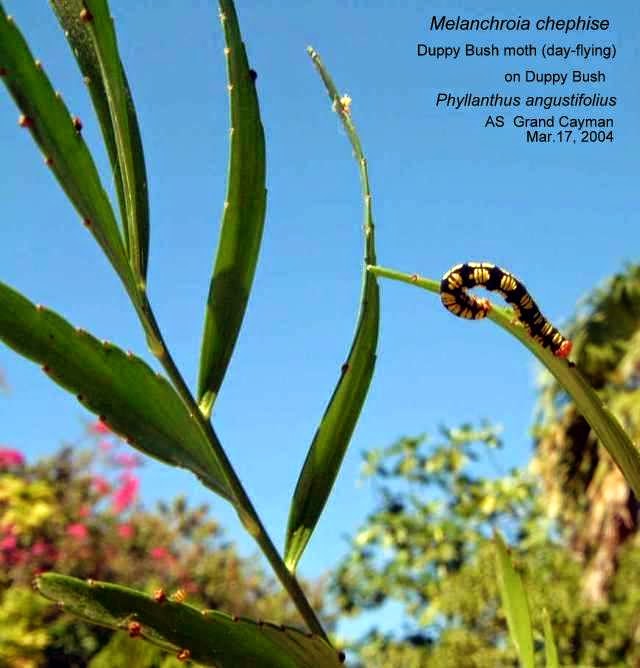 The larvae do not seem to harm Duppy Bush - Phyllanthus angustifolius, one of thier larval food plants. 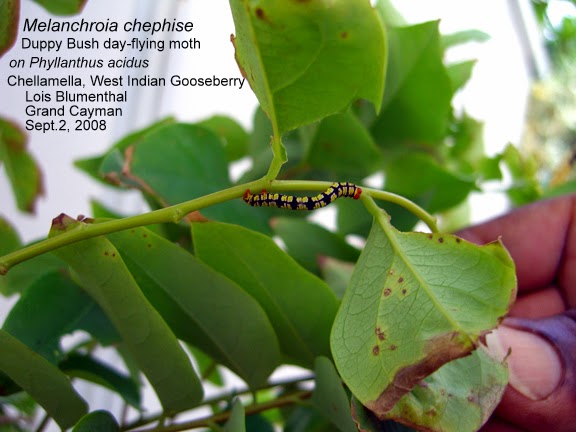 
Phyllanthus acidus is probably native to northeast coast of Brazil and has been frequently wrongly been ascribed to Madagascar, India or Polynesia. It is cultivated pan-tropically.