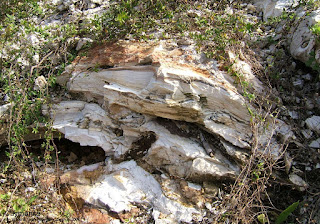 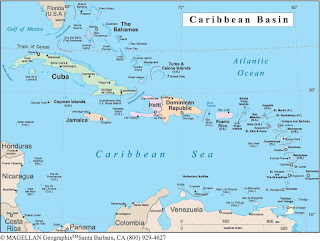 
Ironshore Formation       Limestone only, most of Grand Cayman 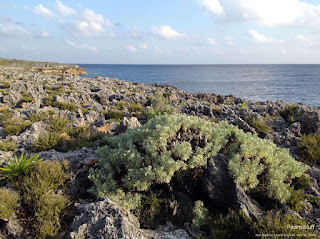 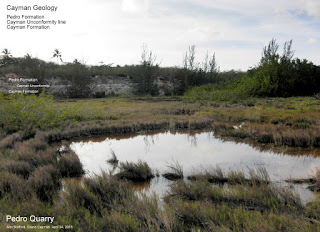 Pedro Formation rock is above the Cayman Formation rock.
The line of Cayman Unconformity is the white line which marks the contact between the two.
Pedro Quarry wall is about 7 meters high. April 24, 2016. 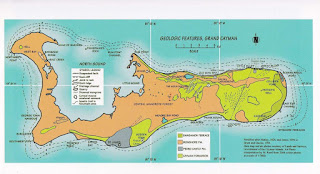 Geologic features of Grand Cayman.
Ironshore Formation, Cayman Formation (on the western peninsula it occurs only in Hell in West Bay, and the Ironwood Forest, south of George Town), Pedro Formation (Pedro St. James area only) and Sangamon Terrace (East End only).
Islands from the Sea, Geologic Stories of Cayman by Murray A. Roed, p.53. 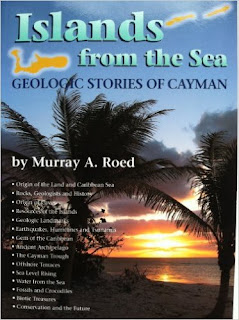 Islands from the Sea, Geologic Stories of Cayman
by Murray A. Roed, 2006.
Coral Bones - Cayman Geology


Caymanite
Caymanite, the multi-layered semi-precious gem stone, at its type area, is an uncommon variety of dolostone originally reported from locations in the Miocene Cayman Formation in the Cayman Islands: the Bluff in Cayman Brac and the East End on Grand Cayman.  The various colours result from different metals: black and grays from manganese, the red hues from iron, blue and green from copper, and so on. 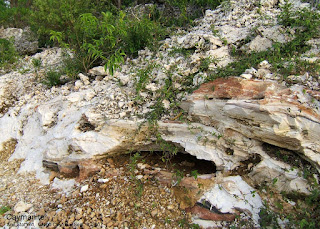 CAYMANITE is a laminated, multicoloured (white, red and black) limestone, converted to dolstone,
which fills or partly fills cavities in the Bluff Group of rocks of the Cayman Islands.
The Bluff Group includes the Brac Formation, Cayman Formation and Pedro Castle Formation.
(Islands from the Sea, Geologic Stories of Cayman by Murray A. Roed, p.51 & 158).
Photo: Ann Stafford, Grand Cayman, Sept. 7, 2007. 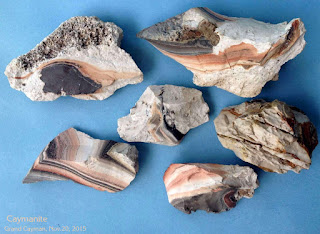 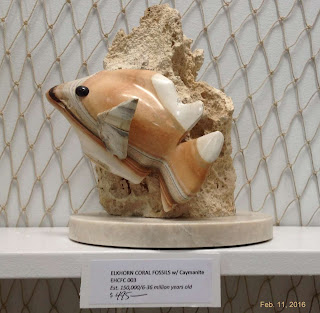 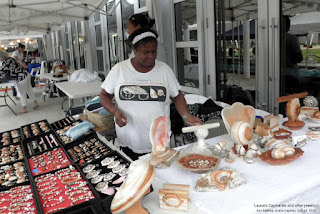 Caymanite
Dolostone
Dolostone or dolomite rock is a sedimentary carbonate rock that contains a high percentage of the mineral dolomite, CaMg(CO3)2.
Cayman Land and Sea  - pictures


Phytokarst is pinnacle rock of the Cayman Formation dolostone (limestone with magnesium).
Roots of trees and shrubs penetrate through the rocks to get water. The roots secrete acids.
Microbes bore their way into dolostone to produce the sharp, grey-black weathered surface of the jagged pinnacles which contrasts with the white colour of the unaltered host rocks. 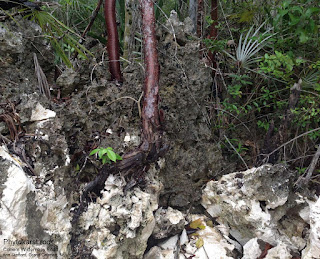 Hell and the Ironwood Forest
the only areas of Cayman Formation on Grand Cayman's western peninsula.

Cayman Formation - Hell in West Bay and the Ironwood Forest, George Town, Grand Cayman.
Islands from the Sea, Geologic Stories of Cayman by Murray A. Roed 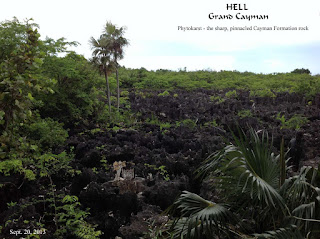 Hell - pinnacled phytokarst rock in West Bay. It is NOT volcanic. 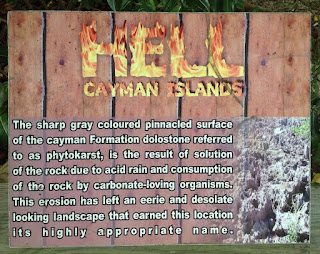 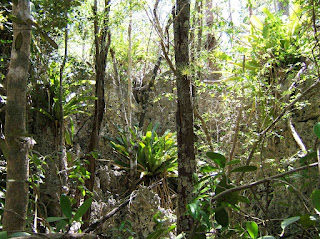 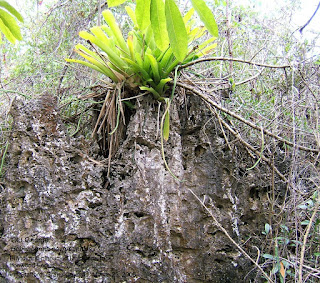 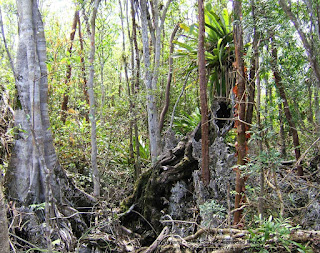 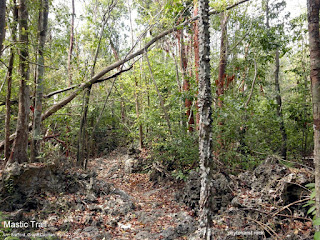 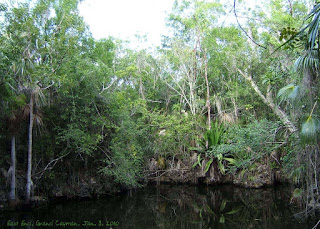