Cayman Islands endemic, Endangered tree
FLORA of the CAYMAN ISLANDS by George R. Proctor, 2012, published by Kew p.595, Fig.221, Pl.58
Wild Trees in the Cayman Islands BY Fred Burton, illustrated by Penny Clifford, 2007, p.144/220
Threatened Plants of the Cayman Islands The Red List by Frederic J. Burton, 2008, p.49
There are many plants around the world with the common name ‘Ironwood’, but Chionanthus caymanensis, the tree called Ironwood in the Cayman Islands is endemic – it grows only on Grand Cayman, Little Cayman and Cayman Brac and nowhere else in the world, in rocky woodlands, close to a fresh water table.

The leaves are arranged in exactly OPPOSITE pairs. 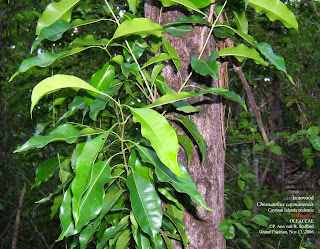 The flowers are small, fragrant and white in many-flowered panicles. 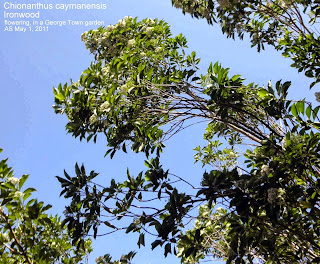 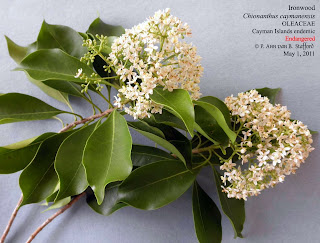 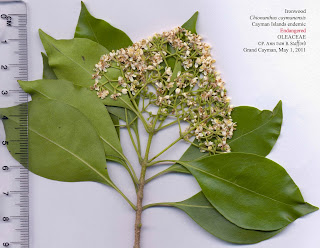 The fruits, purple when ripe, are an oval drupe and are eaten by birds and rock iguanas.

Cousin Cora's Cottage, Boggy Sand Road, West Bay.
The original one room wattle-and-daub house was built in 1913, with Ironwood posts and Silver Thatch roof. It was the home of Captain McLaren Henning, his wife Cora and their six children.
Photo: Lorna McCubbin, 1998 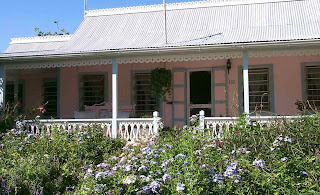 The heavy wood is very hard, strong, termite and water-rot resistant, not inclined to warp. It was traditionally used for the foundation posts of houses. 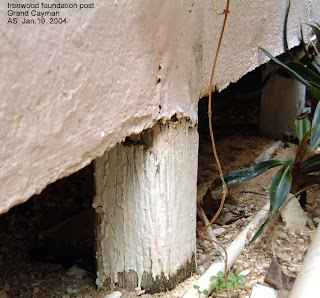 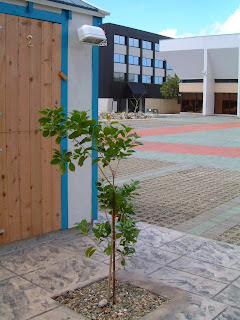 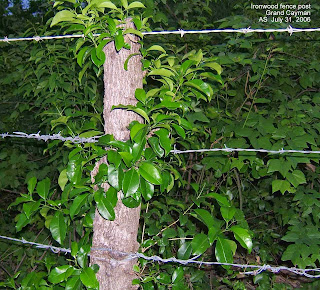 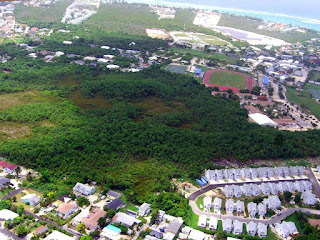 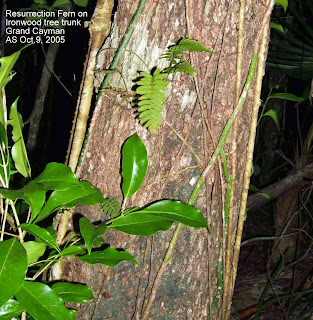 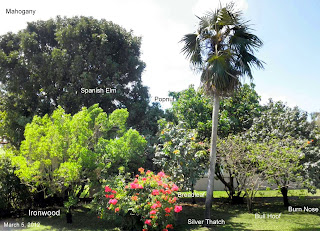 
Cayman Nature Consultant and Tour Guide
Posted by CaymANNature at 10:15