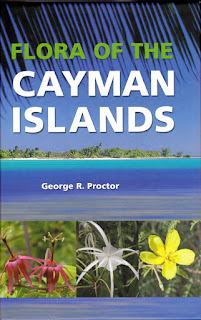 The book is available for purchase, price CI$30, at the National Trust for the Cayman Islands and local bookstores.
The Cayman Islands (Grand Cayman, Little Cayman, and Cayman Brac) support 415 native taxa in a land area little over 100 square miles, 29 of which are uniquely Caymanian.
Accessible and informative, this field guide satisfies the needs of the professional botanist, while providing the non-expert and eco-tourist with an attractive introduction to the unique endemic flora of the Cayman Islands.
724 pages | 400 color plates, 250 line drawings | 6 x 9 1/5 | © 2012

Appendix I: Additions to the Cayman Flora
Appendix II: New Taxa in this Volume
Glossary
Bibliography
Index of Common Names
Index of Botanical Names
Genera whose Classification in Modern Molecular-Based Plant Taxonomy Differs from that Used in this Flora

The book is also available from:
Kewbooks.com
The University of Chicago Press books 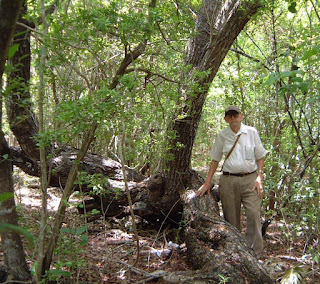 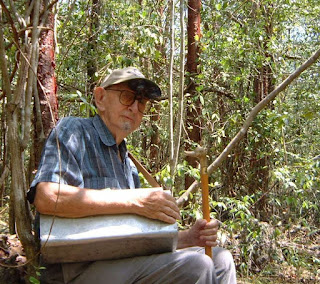 
The Institute of Jamaica (IOJ) regrets the passing of Dr. George R. Proctor on October 12, 2015 and extends condolences to his children, family members, friends and colleagues. Dr. George R. Proctor’s association with the Institute began many years ago through its division devoted to science, the Natural History Museum of Jamaica.
Dr. Proctor’s official relationship with the (IOJ) started in 1952 when he was employed in the post of Botanist. Dr. Proctor spent the next 28 years at the IOJ, responsible for housing the national collections of preserved plants. Over this period Dr. Proctor became an authority on not only Jamaican flora but also the plants of the wider Caribbean. He is responsible for the development of the IOJ’s comprehensive Caribbean collection which includes approximately 1,500 type specimens. He was also head of the Natural History Division between 1972 and 1980. Dr. Proctor resigned from his duties at the Institute in 1980. He continued active work in the field of botany in the Dominican Republic and subsequently Puerto Rico and returned to the Institute in 1999 in the capacity of Consultant Botanist. He remained in this position until 2006.
Dr. Proctor was instrumental in the acquisition and establishment of the Mason River Field Station, Clarendon in 1963.  This site is now a national protected area, game sanctuary and Ramsar site. In  the late 1950s he also sat on the National Flower Committee and contributed significantly to the selection of the Lignum Vitae as Jamaica’s National Flower.
Dr. Proctor has published over 110 technical papers and books including “Ferns of Jamaica”, “Flora of the Cayman Islands” (2 editions), “Ferns of Puerto Rico and the Virgin Island”, “Pteridophytea”, vol. 2 of “Flora of the Lesser Antilles”.
Dr. Proctor has had 31 species of plants named in his honour and has served as President of the Natural History Society of Jamaica and the Jamaica Society of Scientists and Technologists. Some of his Jamaican honours include Gold Musgrave Medal (1976), the Institute of Jamaica Centenary Medal (1980), the Order of Distinction from the Government of Jamaica (1976), an Honorary Doctor of Science Degree from the University of the West Indies in 2004.
The IOJ and the NHMJ in particular have  been honoured by his service.  He has served Jamaica well. May his soul rest in peace.